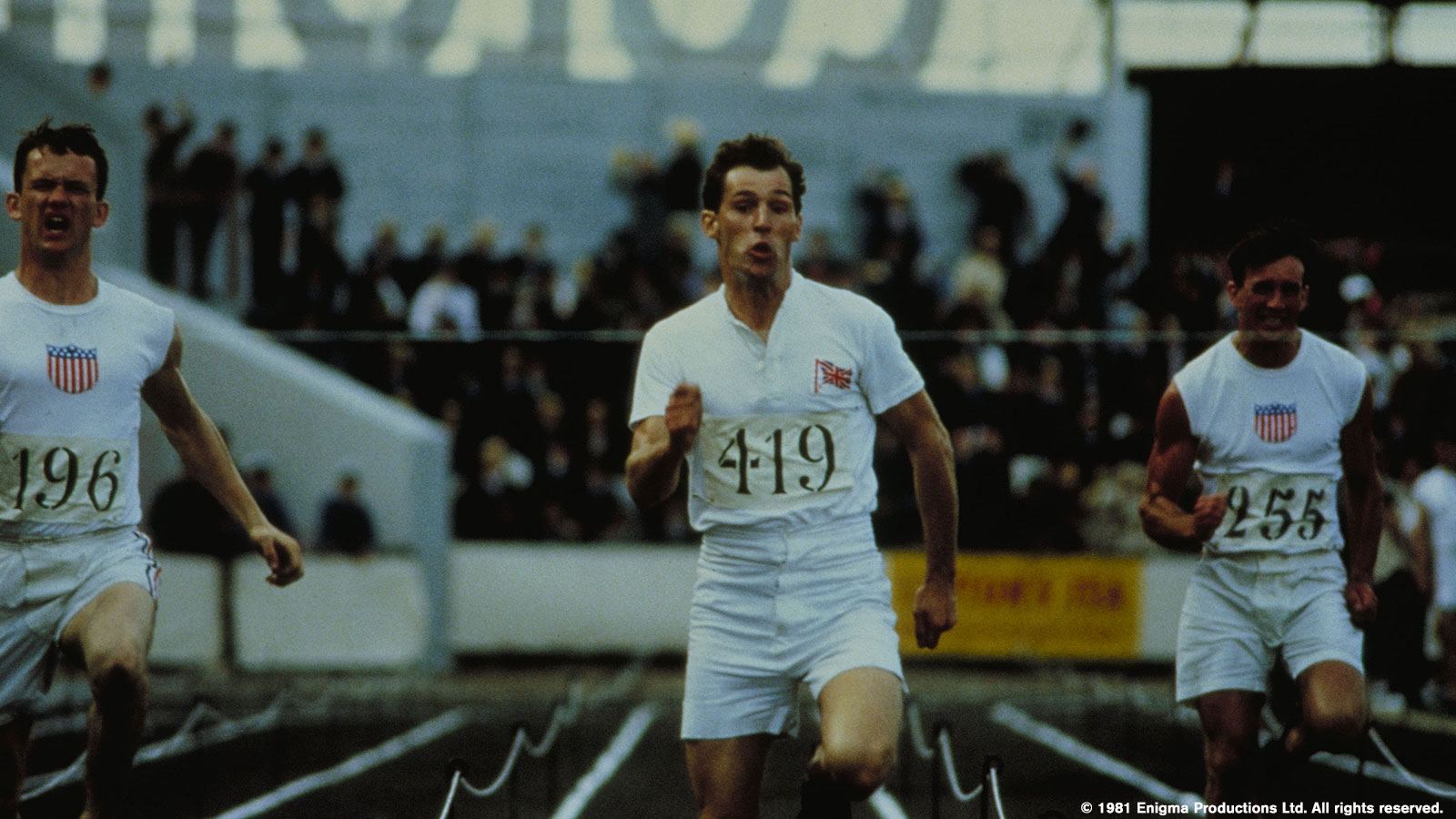 This Oscar-winning movie tells the true story of two British athletes, one Jewish and one christian, who compete, for different reasons, in the 1924 Olympics. Ian Charleson & Ben Cross star.

The film was conceived and produced by David Puttnam, written by Colin Welland, and directed by Hugh Hudson. It was nominated for seven Academy Awards and won four, including Best Picture and Best Screenplay. (1981)