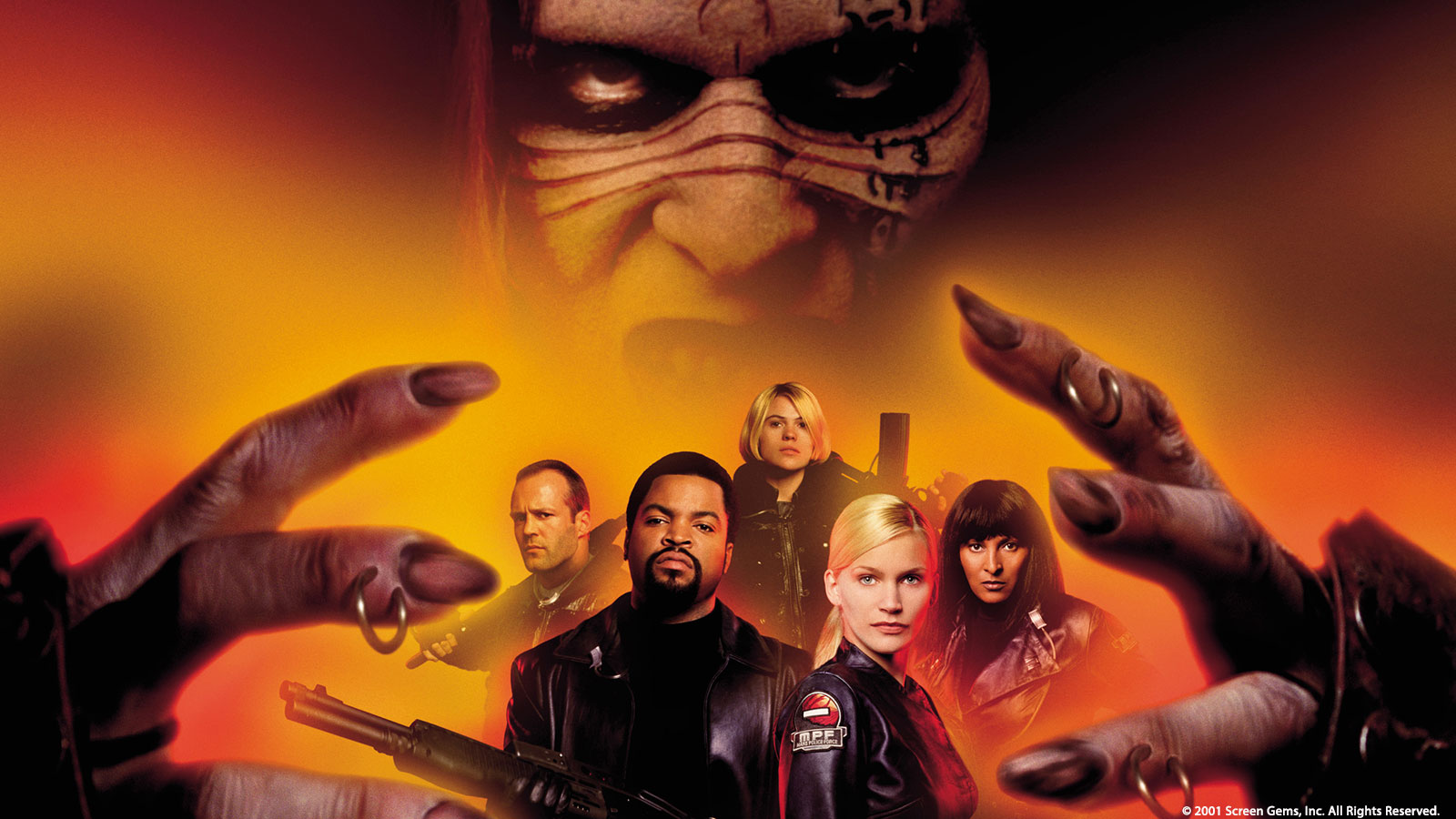 Mars, 2176 AD. On a Red Planet that has become the dangerous manifest destiny of an overpopulated Earth, police Lt. Melanie Ballard (Natasha Henstridge) is on assignment to bring James “Desolation” Williams (Ice Cube), the planet's most notorious criminal, to justice. Also on the mission are timid rookie Bashira (Clea Duvall), Jericho (Jason Statham), the fast-talking young gun, and tough veteran Commander Braddock (Pam Grier). When a professor (Joanna Cassidy) makes a deadly mistake accidentally unleashing long-dormant evil forces from an archaeological site, all hell breaks loose. What began as a battle between cop and criminal soon turns into a battle for human survival and escape from the doomed planet, as Ballard and Williams join forces in mortal combat with the Ghosts of Mars.