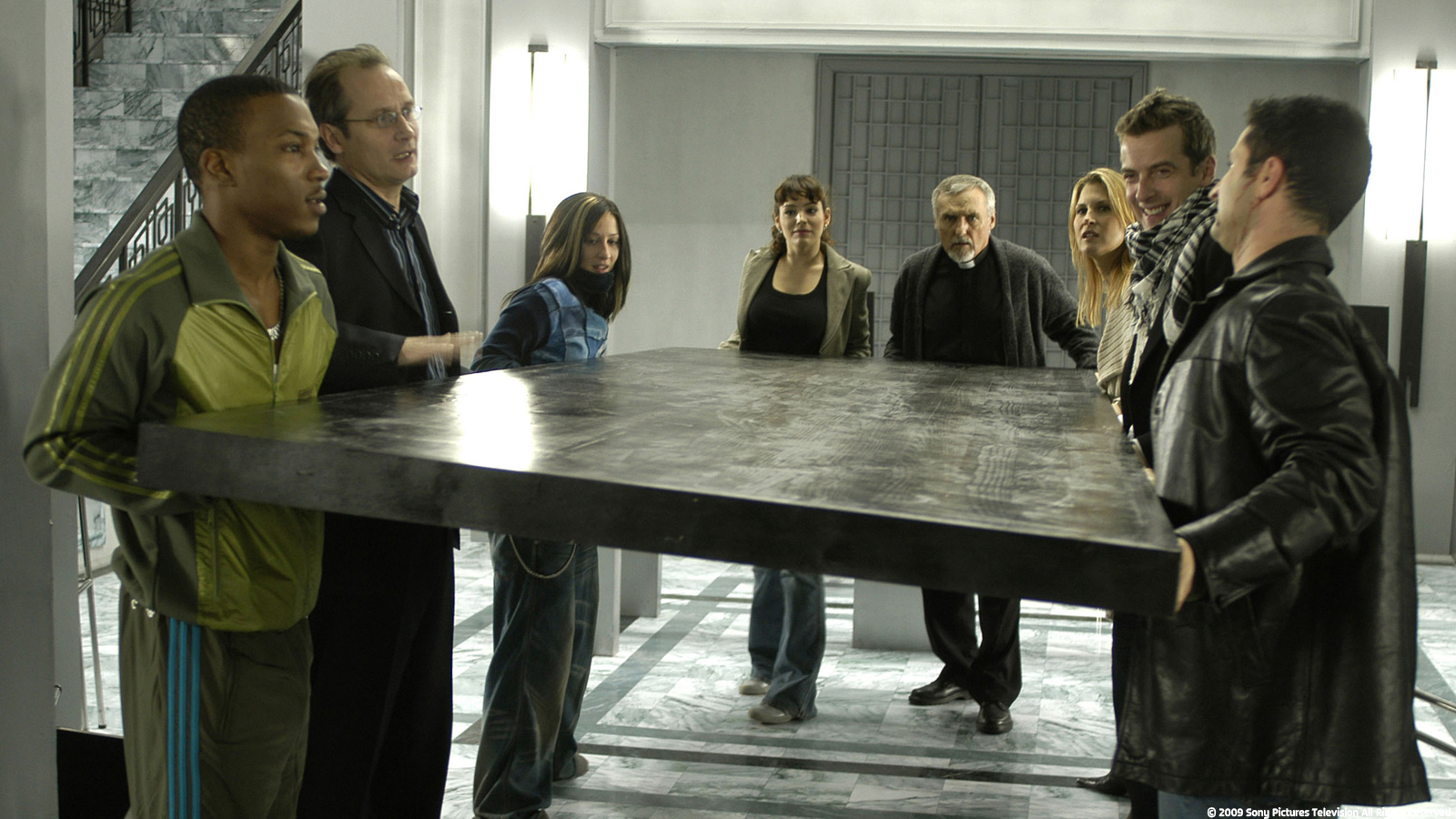 Reality TV goes wrong in this thriller starring Dennis Hopper and new Dr. Who Peter Capaldi, in which nine strangers, with no apparent connection between them, are abducted, drugged, and sealed in a house together. Doors are bolted shut, windows are plugged with brick; there is no way out. Among the group are a hard-nosed cop (Raffaello Degruttola), an angry black guy (Ashley Walters), a feuding married couple (Hippolyte Girardot, Julienne Davis), a stuffy clothing designer (Peter Capaldi), a dancer (Kelly Brook), a spoiled rich woman (Susie Amy) and a priest (Hopper). Disoriented and angry, they are greeted by a voice on an intercom system: they are to be watched as they “compete” for a prize of $5 million. And the winner will be the last one left alive.