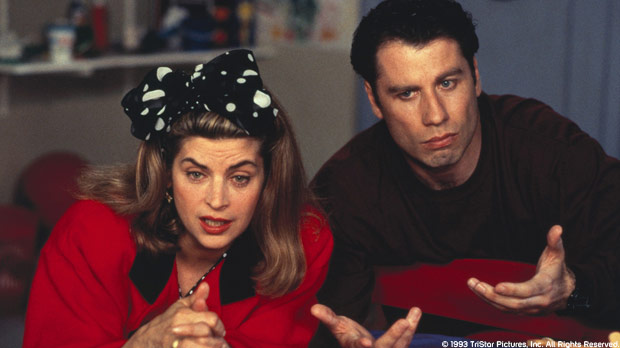 Six years after the first film in this series, the mega-hit Look Who's Talking, Mikey and his little sister, Julie, are old enough to speak with their own voices. This time around, the plot centers on the two dogs adopted by the family: Rocks (voice of Danny DeVito), a streetwise cross-breed, and Daphne (voice of Diane Keaton), a spoiled pedigreed poodle. With Christmas fast approaching, Molly (Kirstie Alley) has lost her job, so her husband, James (John Travolta), must work extra hard to impress his new boss, the sexy and lonely Samantha (Lysette Anthony). James' loyalty is put to the test when Samantha holds him captive in a snowbound cabin while Molly, the kids and the dogs take an ill-fated cab ride to the North Woods, fight off a pack of wolves and get trapped in a blizzard.