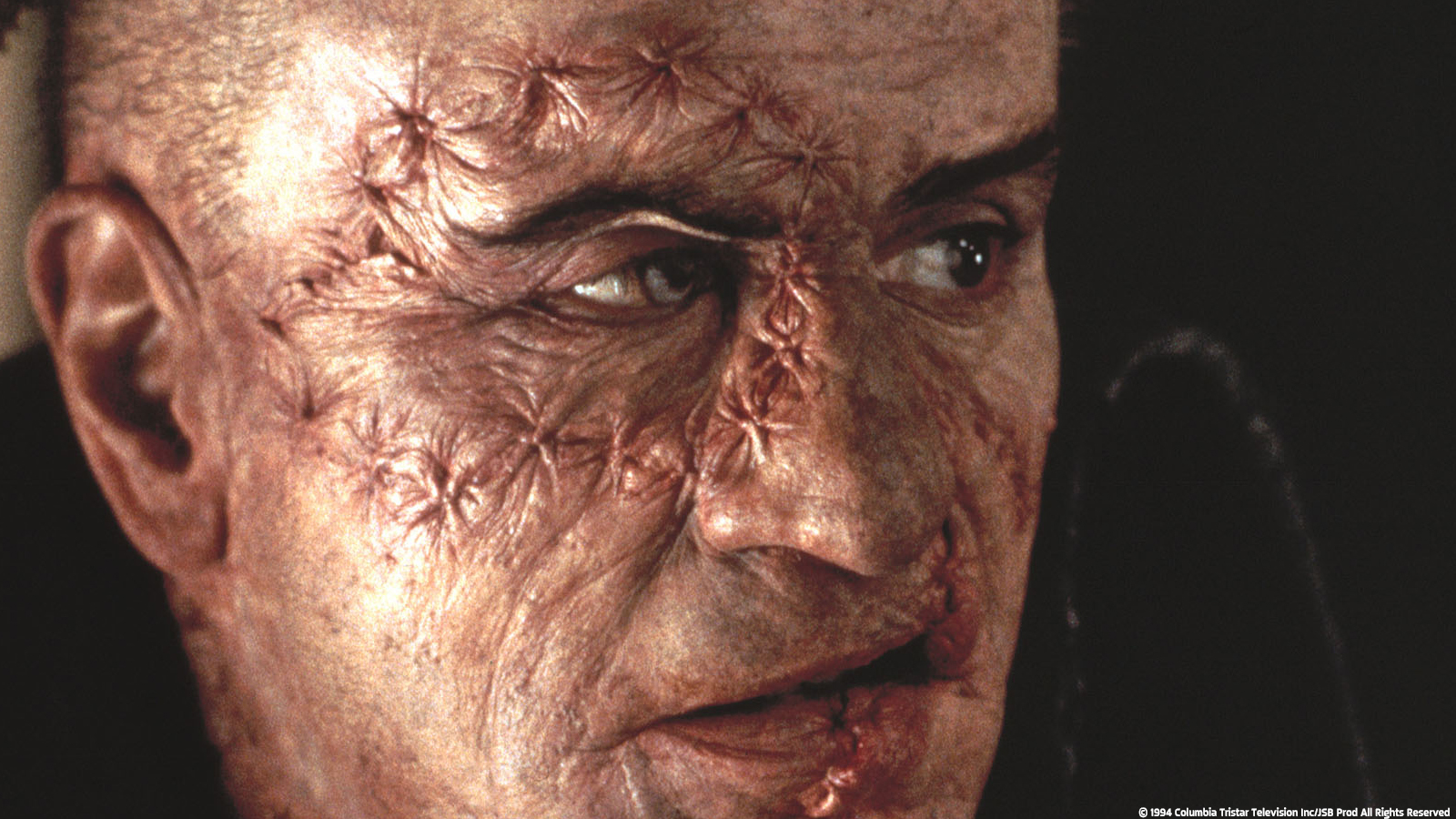 In the most famous horror story of all time, young Victor Frankenstein (Kenneth Branagh, who also directed) leaves Geneva for the university, leaving behind his adopted sister Elizabeth (Helena Bonham Carter), with whom he is wildly in love. Inspired by the sinister Professor Waldman (John Cleese), Victor becomes obsessed and reclusive as he experiments with the possibilities of man-made creation. But one night, as his Creature (Robert De Niro) struggles to life, Victor realizes too late the full horror of what he has done, and vainly tries to destroy his abominable creation.