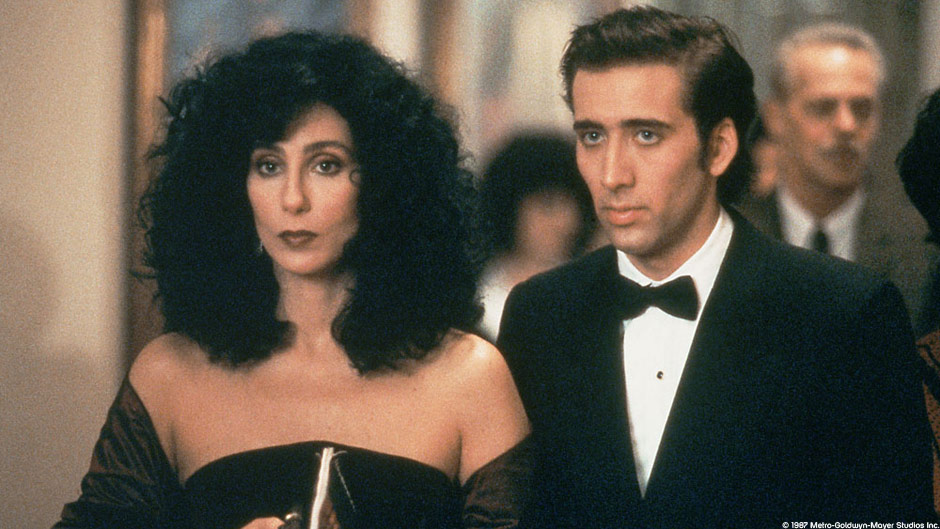 Brooklyn bookkeeper Loretta Castorini, (Cher) decides it's time to get married again after the death of her husband. So she accepts the proposal of a nice, middle-aged fellow named Johnny Cammareri. Loretta is convinced her first marriage was cursed because she and her husband had gotten married at City Hall; this time, she's determined to do things right, even as she admits to her mother, Rose, that she's not really in love with Johnny. Then she meets his estranged younger brother Ronny, (Nic Cage) and the sparks fly.