My Stepmother Is An Alien 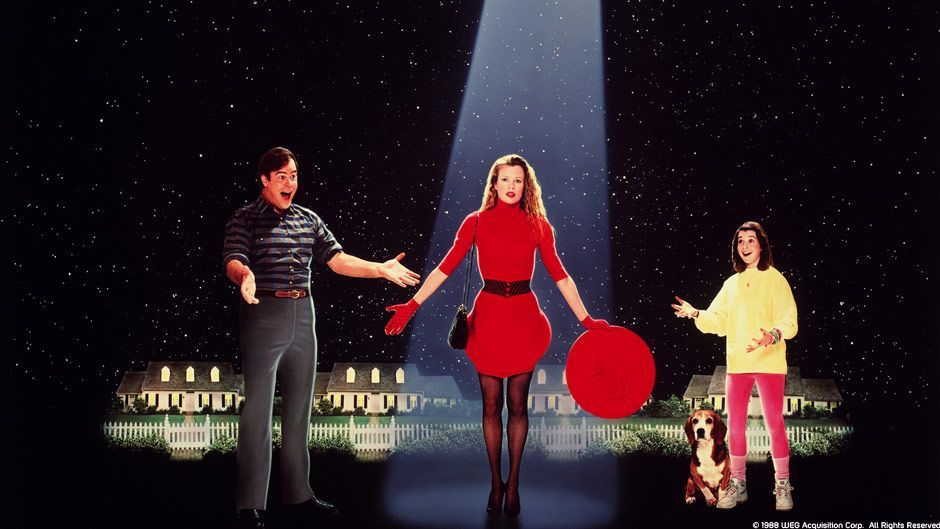 Dan Aykroyd stars as widowed, eccentric physicist Steven Mills, who in his drive to make contact with extraterrestrial life harnesses the power of lightning and sends an energy beam to another galaxy. The response is a visit to Earth by a spaceship bearing an alien who takes (gorgeous) human form and a human name, Celeste (Kim Basinger). She materializes on the beach, saunters into a party being given by Steven's ne'er-do-well brother (Jon Lovitz) and, being unacquainted with Earth customs, starts to nibble on the cigarette butts. Though Celeste is only on Earth to convince Steven to continue his experiments, he falls in love with her, much to her surprise. Meanwhile Steven's daughter Jessie (Alyson Hannigan) tries to make her blissfully unaware father see that Celeste is definitely "not from around here."