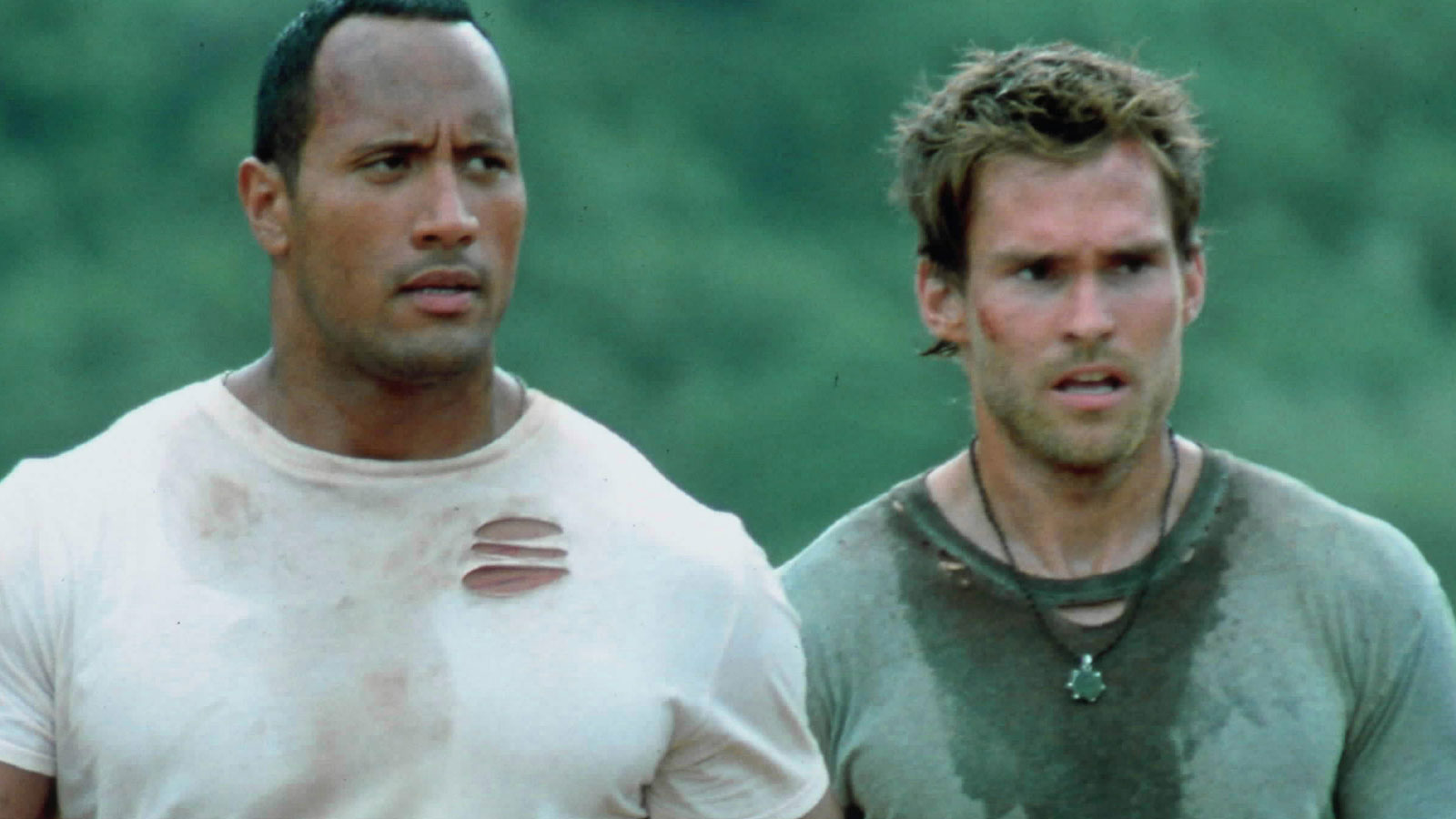 A contemporary action-comedy set against the raw, untamed landscape of the Amazon, The Rundown stars The Rock as Beck, a man who uses whatever means are necessary to retrieve whatever he is paid to bring back. In this case, an underworld kingpin has hired Beck to go to Brazil to find his son, Travis (Seann William Scott), a fast-talking double dealer who has disappeared in the Amazon jungle while in search of a priceless artifact. Travis proves to be a handful, though, not only because of his mouth and his reluctance to leave, but because of some other complications he brings with him: Mariana (Rosario Dawson), a no-nonsense local who holds the answers to some of the jungle's hidden mysteries, and Hatcher (Christopher Walken), an unhinged despot who has turned the jungle into his private empire.