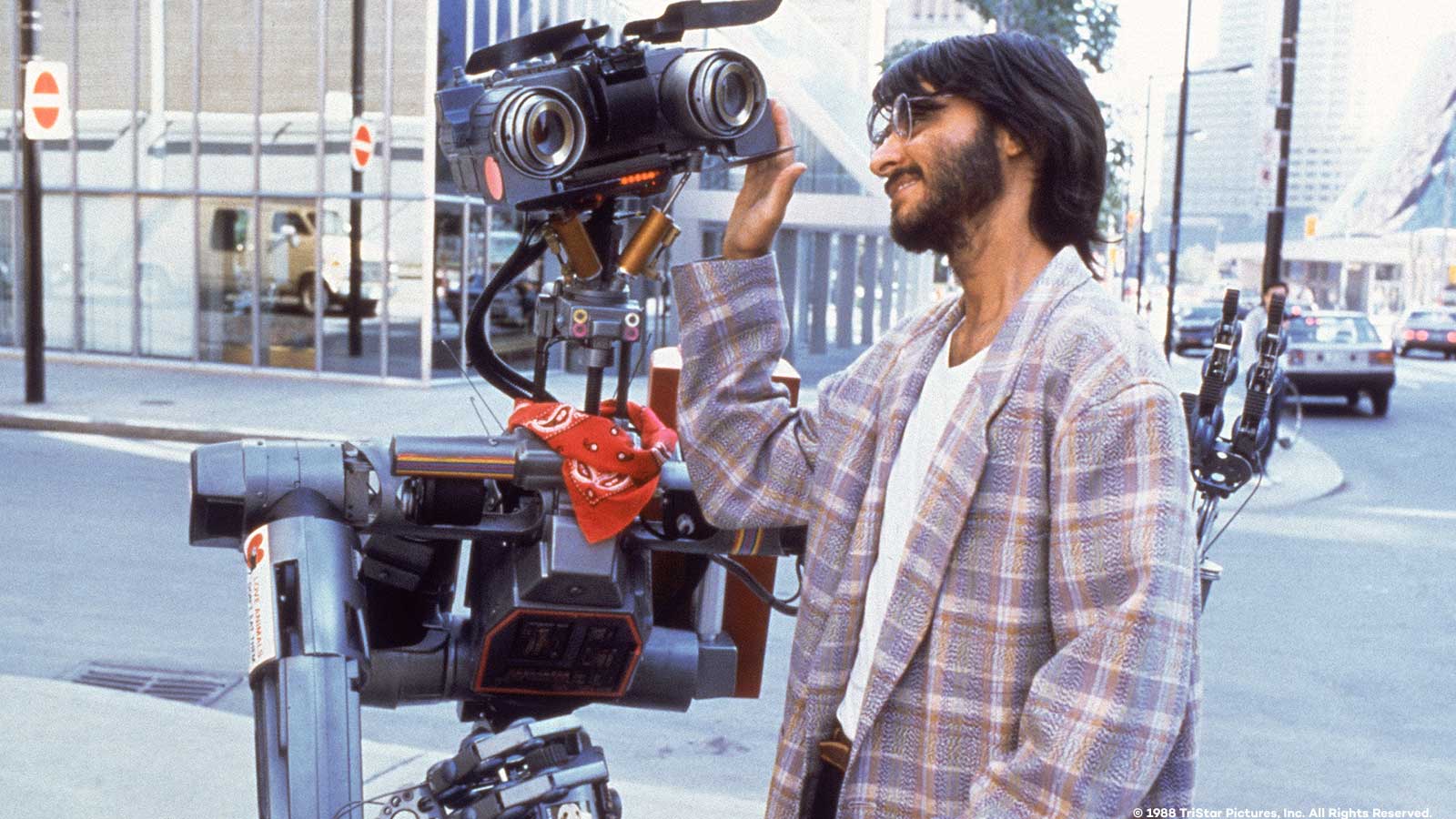 Ben's handiwork is noticed by Sandy (Cynthia Gibb), a toy buyer for a major department store who, under pressure to come up with a hot new toy, offers Ben $50,000 if he can produce 1,000 toy Number Five robots by October 15. Ben and his new friend, street hustler Fred (Michael McKean), make the deal, and when Johnny Five arrives to pitch in and turns into a one-man assembly line, their worries appear to be over. But not only is Johnny mistaken for bad modern sculpture and harassed by street gangs, his robotic talents are wanted by low-lifes who intend to turn Johnny into the ultimate crime machine.