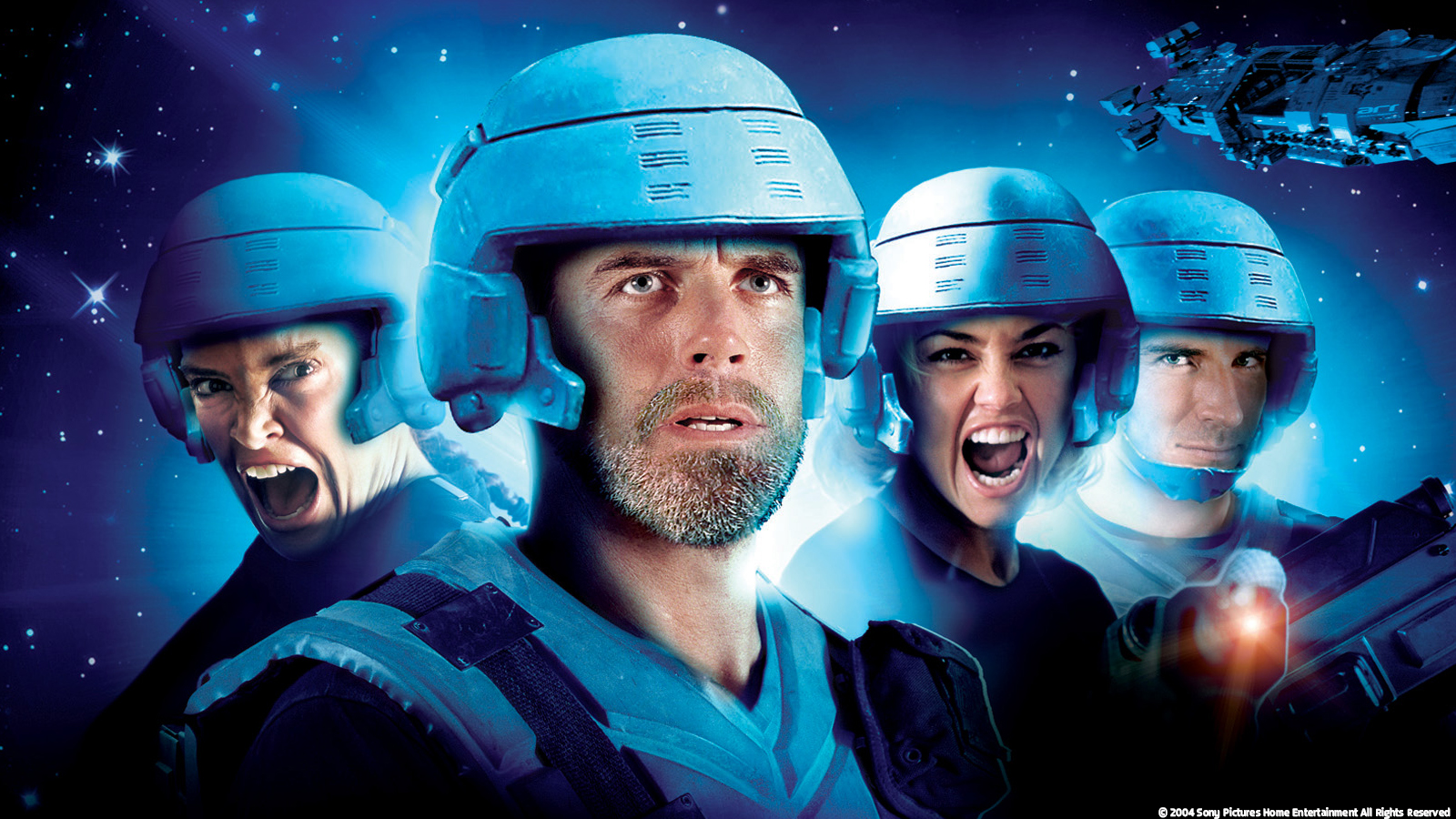 In the distant future, Earth is at war with a race of giant alien insects intent on eradicating all human life. Johnny Rico (Casper Van Dien) volunteers for the Mobile Infantry, following his girlfriend, Carmen Ibanez (Denise Richards), who's training to be a starship pilot. In boot camp with other recruits including Dizzy (Dina Meyer) and Ace (Jake Busey), Johnny becomes squad leader. After a tragic accident occurs on his watch, Johnny is about to resign when Earth is attacked by the Bugs, and the city of Buenos Aires-Johnny's home-is wiped off the map. His grief turning to anger, Johnny determines to stay and fight the insects.