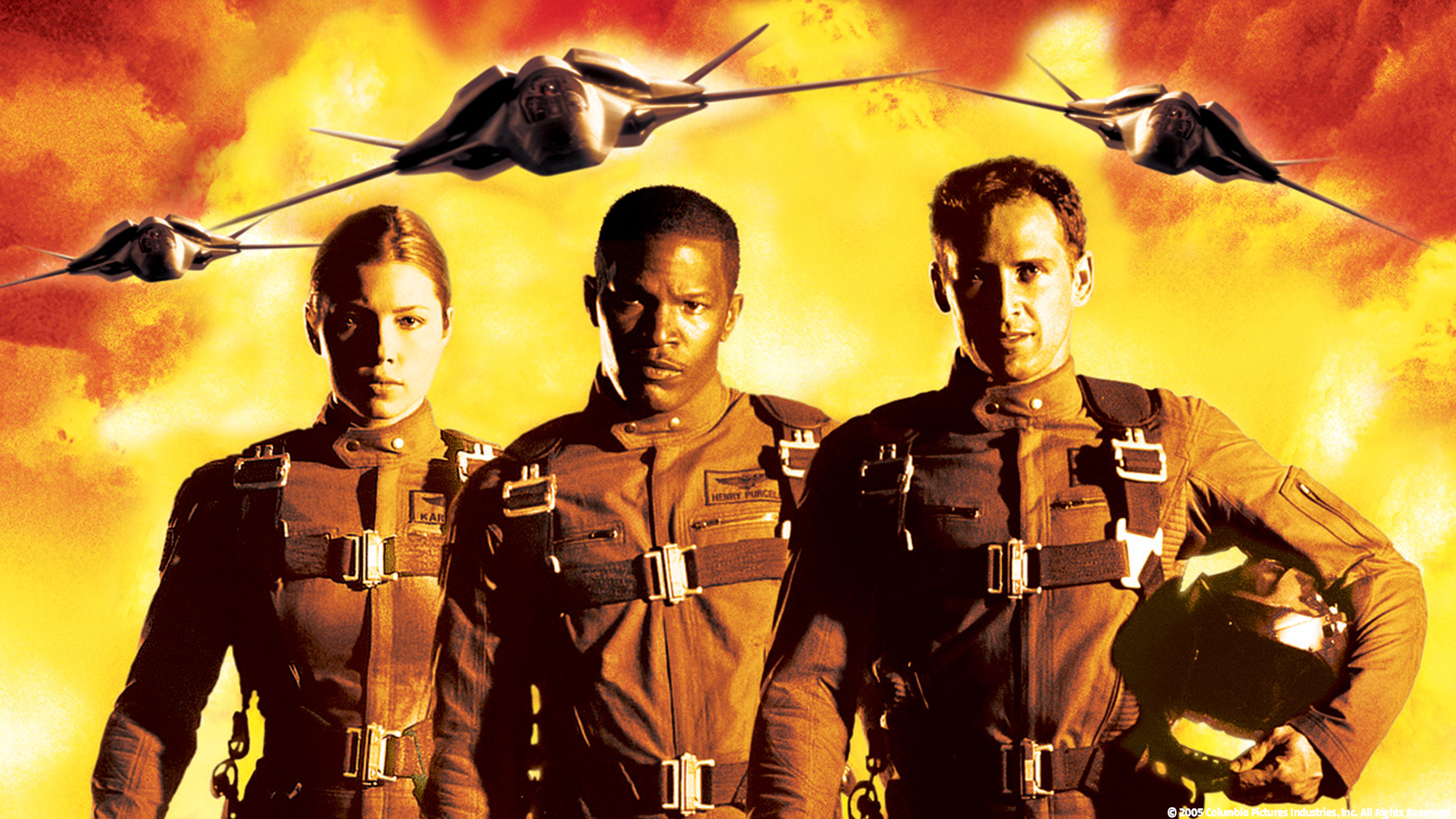 Director Rob Cohen's fifth high-speed production with producer Neal H. Moritz (XXX, The Fast and the Furious) is set in the near future, when the Navy has developed a fighter jet piloted by an artificial intelligence computer. The jet is placed on an aircraft carrier in the Pacific, under the command of stern Capt. George Cummings (Sam Shepard). The Navy fliers chosen to pilot a new generation of stealth fighter-bombers, designed to instantly respond to sightings of terrorists anywhere in the world, are Lt. Ben Gannon (Josh Lucas), Lt. Kara Wade (Jessica Biel) and Lt. Henry Purcell (Jamie Foxx). Their assignment includes “teaching” the computer how to fly them as well. But when the computer develops a mind of its own, it's the humans who must stop it before it precipitates a nuclear war.