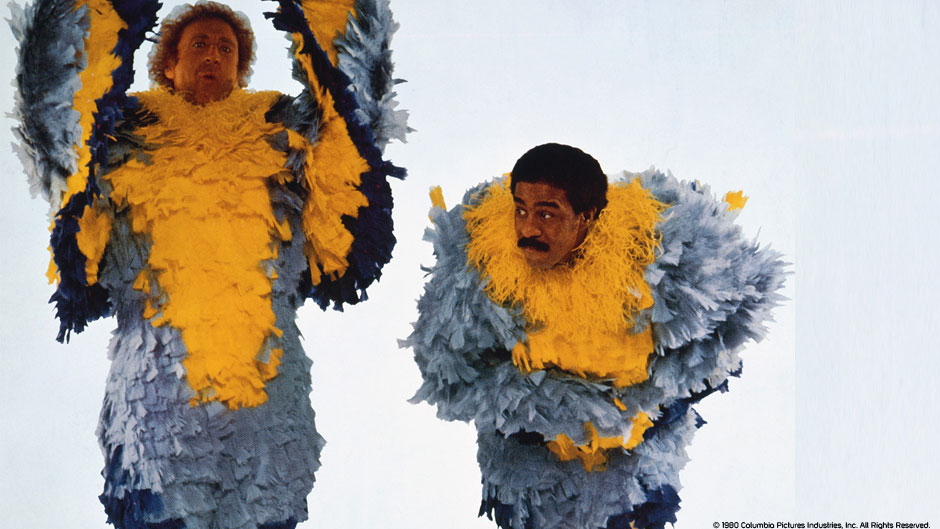 When unproduced Broadway playwright Skip Donahue (Gene Wilder) and his best friend, out-of-work actor Harry Monroe (Richard Pryor), are both fired from their dead-end jobs, they abandon Broadway and set out in their battered van to find fame and fortune in Hollywood.

But the van breaks down on the way, and they're forced to take jobs as dancing woodpeckers in a bank promotion. Their troubles are just beginning, as their feathered costumes are swiped by a pair of hoods who use them in a holdup, and Skip and Harry are soon carted off to prison. There they try to keep their sanity and their lives as they deal with a sadistic warden, a hulking mass-murderer and the inter-prison rodeo, which may provide them with the opportunity to walk away but at a considerable sacrifice.