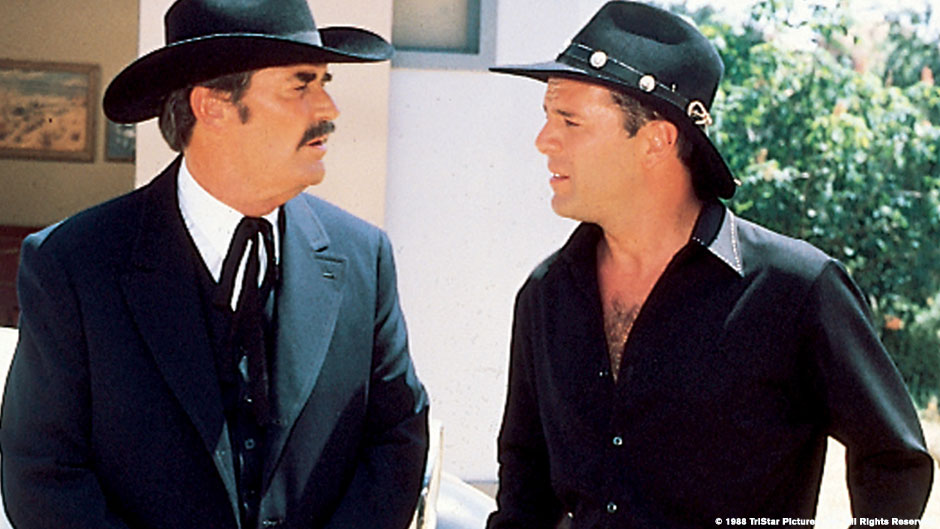 It's 1929, the dawn of the talkie era in Hollywood, and it's not a given that the old silent stars will succeed in this new medium--including film cowboy Tom Mix (Bruce Willis), Hollywood's hottest action hero. Accepting the challenge, Mix agrees to play legendary lawman Wyatt Earp in the first talking Western. But Earp (James Garner) is still very much living, and as a studio stunt has been hired to work as a technical expert on the film--which doesn't sit too well with Mr. big-movie-star. Even worse, Earp doesn't take too well to movie moguls and the fancy studio life. The old West and the new Hollywood collide, and become a backdrop for a shocking murder mystery--which the screen idol and the lawman will have to overcome their differences to solve.