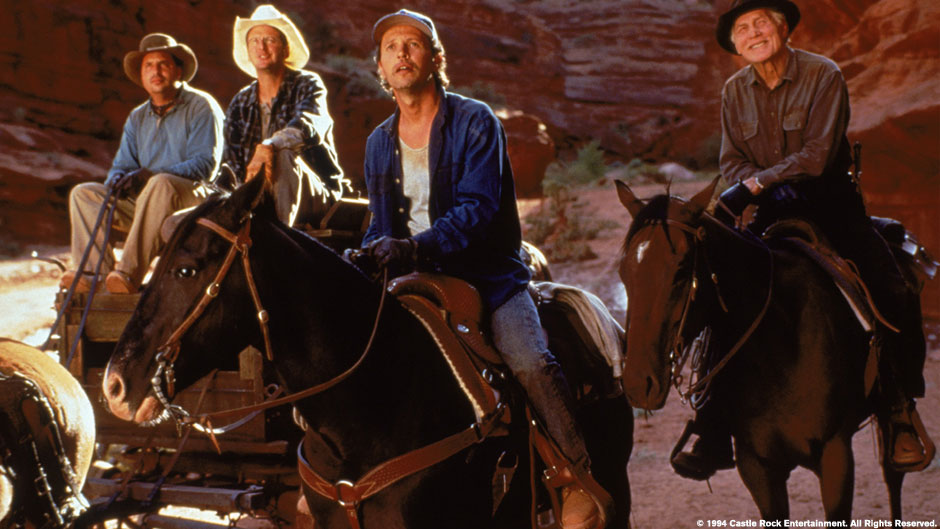 In this sequel to the box office smash, New Yorker Mitch Robbins (Billy Crystal) and his brother Glen (Jon Lovitz), the black sheep of the family, accidentally find an old treasure map hidden in the band of the late Curly's hat. After a trip to the local library, they discover that Curly's father was a participant in an infamous train robbery. Could the map be real? Is there a fortune in gold just waiting to be found by our “city slickers”? Together with Phil (Daniel Stern) and, unfortunately, also with Glen, Mitch leaves for Las Vegas, but instead of attending his radio convention they saddle up and head out to the desert in search of hidden treasure. Along the way they lock horns with Curly's twin brother, Duke (Jack Palance), who has plans of his own for the hidden gold.